The answer is BOTH.  Nearby Avon, OH is home to ShurTech Brands’ Duck Brand duct tape and also the Avon Heritage Duct Tape Festival.  I was very curious when I heard there was an entire weekend-long event dedicated to duct tape. The festival was last weekend and included a parade, midway, crafts, food, entertainment and lots and lots of duct tape.

I just HAD to see the parade so Saturday morning we headed out at secured a viewing spot along the parade route. The festival had a “safari” theme this year. There were floats with duct tape elephants, zebras, lions, monkeys and lots of palm trees. 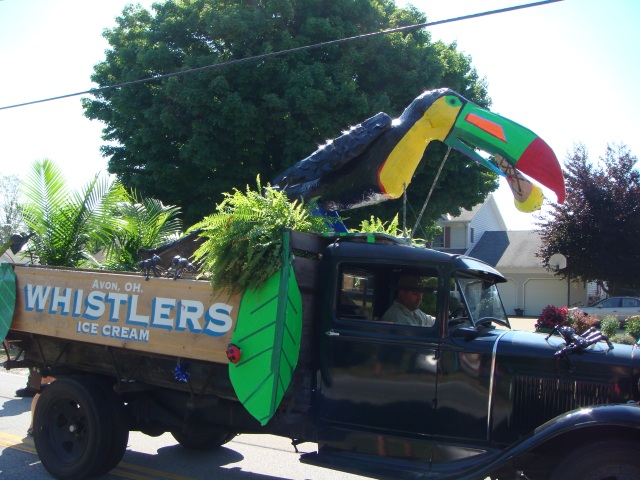 My favourite duct tape animal was the giant toucan. I had lots of time to photograph it because the truck carrying it stalled right in front of us. I took pictures while Mike helped push the truck to the side of the road.

In addition to the floats, there were fire trucks, police cars, marching bands, festival queens from around the area (Basket Festival Queen, Grape Festival Queen, International Festival Princesses and so on), politicians and of course a couple of Shriners with a tiny car. Last but not least, there were the duct tape outfits. I didn’t know it was possible to make a prom dress from duct tape. Not only is it possible, there’s a competition for the BEST outfit with a $5000 scholarship as the prize.  You can see some of this year’s entries at “Stuck at Prom“. There were duct tape outfits for everyone from beauty queens to donkeys…. okay… they were ponies but you get the picture.  It seems the possibilities for duct tape really are endless! 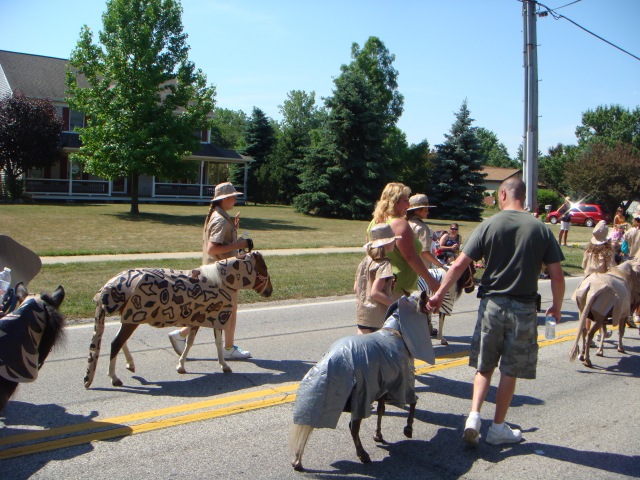